Let’s be honest – grilling is definitely one of the funnest activities when it comes to cooking. However, it still requires having the right equipment. And if you don’t want to invest too much money into your grilling cookware, don’t worry – it’s still possible to acquire quality grill pans on a budget. However, you need to know what to look for. Which is why we’ve prepared a couple of suggestions below for the best budget grilling cookware!

If you don’t already possess a grill pan, there’s a chance you might ask – why should you buy one in the first place? There are plenty of reasons why you should consider purchasing grilling cookware, but we’ve outlined some of them below:

There’s no need to point out that a stake tastes better when it’s covered in gorgeous grill marks. Quite simply, the meat looks better grilled, and the tiny black dents that you get add a satisfying crust to the meat’s texture. And without grilling cookware, you’d only be able to find this sort of a steak at a restaurant, or at an outdoor barbecue. So why not have this in the comfort of your home?

Think about it – grilling more meat than you need to eat right away saves you a ton of time, as you can put it in the fridge for later meals. And typically, you can find grill pans online that are large, in a square or a round shape. Usually, both of these will hold different kabobs, chicken breasts, vegetables or beef steaks in one cooking session. That way, you won’t have to wash the pan multiple times, or cook many times a week.

Almost every grill pan has ridges, which are incredibly useful in terms of holding juices and fats. The ridges stop the meat from broiling in its very own juices, making it easy to collect the dripping juice; potentially for sauces you’ll make later.

Seeing as grill pans generally work with almost every single type of indoor cooking surface, you’ll never have the need to leave your home for the cook and go outside. Trust us – having the ability to enjoy your delicious steaks and cook them indoors is a great boon. And that’s why we’ll recommend a couple of different pieces of budget grilling cookware for you below!

If you’re a big cooking aficionado, at least not yet; you may not want to put down a large amount of cash for your first grilling cookware. However, you also want to get a degree of quality out of your grilling pan – there’s no reason to pay for something you won’t be able to use. And in such a case that requires compromise between cash and quality – the Lodge L8SGP3 is your best choice.

As we’ve mentioned, for those who are new to the world of pan grilling, and simply want to dip their toes in the proverbial water; the Lodge will definitely serve them well. First of all, as you’ll see below, this pan is really well designed. And yet, you can find it for basically half the price of some equally good quality pans.

In essence, if what you need is a good grill pan on a tighter budget, you’d be hard-pressed to find a pan that’ll do this much of a remarkable job. This grill pan is pre-seasoned, and produced from cast-iron. Its non-stickiness is one of its most premier features. And when it comes to food not sticking to the bottom, this pan actually ranks pretty high even compared to more expensive options.

You’ll also find this pan to be an excellent conductor of heat; even on a moderate heat, it’ll take about 5 minutes to completely heat up. Though, seeing as it’s made from cast iron, you should expect the pan to take a while longer to cool down; this is something that’s true for every piece of grilling cookware made from the same material.

Crucially, this pan will allow you test the waters of grill pan cooking without spending too much money. On average, the Lodge costs about 40 bucks, but if you manage to find it on sale, it goes for as low as $20.

Naturally, as with any budget product – you’ll have to compromise on a couple of downsides as well. For example, the Lodge Grill Pan has round ridges, which don’t brand your meat with the sharp marks that are a staple of grilling. If you want your steaks to be aesthetic (no pun intended), you’ll have to find another pan.

Also, while this pan isn’t exactly the heaviest one we’ve seen, especially for cast iron – it’s still quite bulky. It weighs about 9 pounds, definitely making it one of the heavy hitters, even compared to others made from the same material.

So, what’s our verdict on the Lodge Grill Pan? Well, when you take a closer look at its competition, this budget pan definitely has a lot going for it. For one, you’d be surprised at just how well-made and sturdy it is. Apart from the round ridges, the design is actually great, giving you no hassle while you get your cooking going. Though, as you’re dealing with cast iron, we advise always putting in at least a small amount of seasoning, if you don’t want your food to stick. A minuscule amount of salt or oil will guarantee a sticky-free grilling.

Also, this Lodge Grill Pan is a great choice when it comes to heat. Cast iron is a notoriously bad material when it comes to heat conduction, so it’s a surprise just how quickly this pan heats up. It’s heat retention is also great, though that’s more expected out of cast iron.

When it comes to heat conductivity, you won’t find a budget grilling pan better suited for electric stoves than the All-Clad. Plus, its square shape makes it far easier to prepare a lot of food over the course of a single cook. And that’s a great thing for those who are cooking for multiple people; such as the average household.

The All-Clad Grill Pan also has a nice non-stick coating, allowing for hassle-free cooking of tender and juicy food. On top of that, one of the biggest reasons why it’s got a place on our list is its incredibly even heating, especially on electric stoves. Sure, this pan will work suitably with any kind of stove, but it’s quite exceptional on an electric one.

When you’re cooking on an electric stove, grill pans can take a longer time to heat up properly. But with this anodized aluminum pan, you’ll be cooking within mere minutes. And it boasts PFOA-free nonstick coating, which is also resistant to scratching; making every meal prepared on it healthier.

And while we’re on the subject of the design, it boasts a handle made of stainless steel; giving it a slick, distinct look. On the inside of the pan itself, you’ll see ridges that are pretty evenly placed, but we can’t say that they’re as pointy as we’d like them to be.

In terms of heat, the All-Clad Grill Pan is designed to withstand a maximum of 500°F without a lid. It’s safe to clean in dishwashers, and even recommended, as you don’t want to brush it too hard and damage the valuable non-stick coating. And crucial for its placing on this list, it’s priced quite reasonably, at just shy of $50. For those who are looking for grilling software on a budget, it’s definitely a sound choice.

You’ll also find that the materials used in its production make it one of the most lightweight grill pans you’ll find on the market; it weighs around 4 pounds. And as we’ve mentioned above, it took surprisingly little to heat the pan up on an electric stove. To be more precise, a mere 6 minutes on medium heat.

As you might expect, even the All-Clad has a couple of drawbacks you should be aware of. For one, it isn’t that great when it comes to heat retention, which we’re used to getting from cast-iron pans for grilling. In only 7 minutes, it’ll start cooling off dramatically; in other words, a mere minute longer than it takes to be heated up.

Apart from that, there are the problematically shallow ridges, which are just a little too flat than we’d like, in order to give those classic grill marks to food. However, it’s still around 50 bucks, making it an easy recommendation for those with a limited budget. 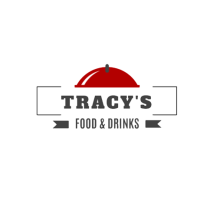